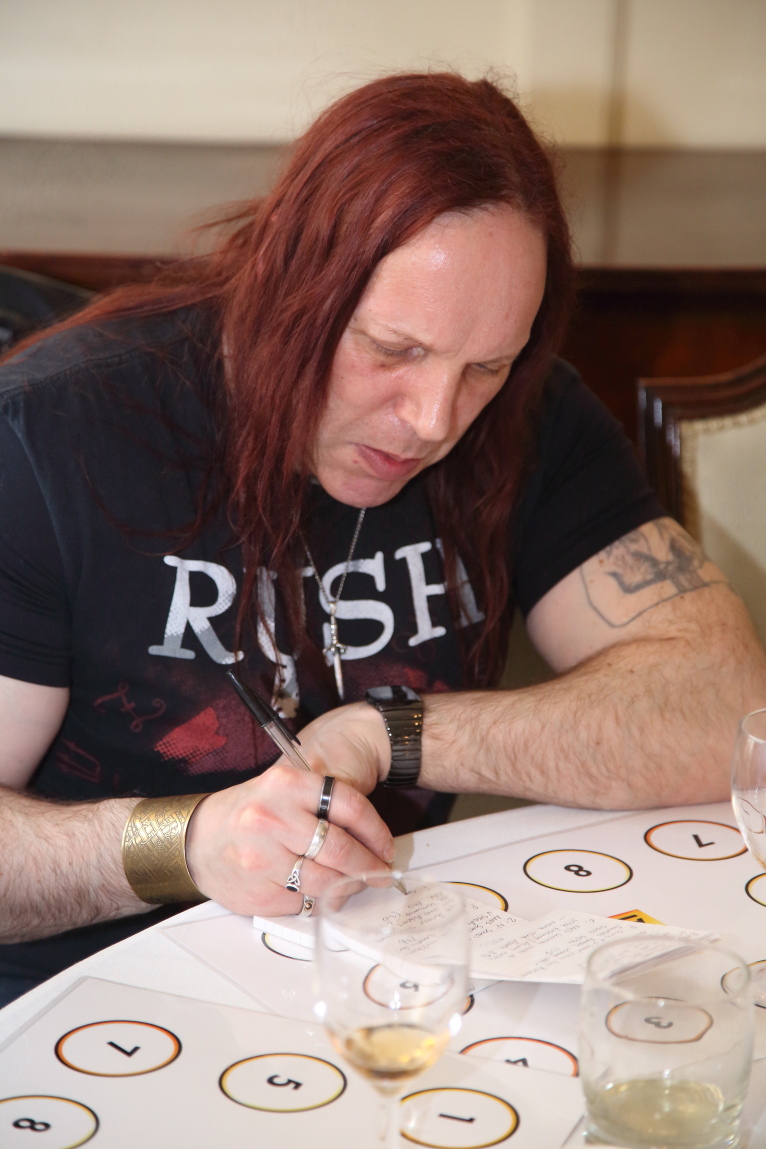 Hi Chris! Please introduce yourself to our readers?
I’m a director and the spirits buyer for Gauntleys of Nottingham. I started here in February 2000 and I’m now, what you might officially term as part of the furniture!

When did you realize your passion for whisky?
My initial passion was for wine, which is what got me the job in the first place. When I moved to Nottingham I decided I wanted to get a job with a proper wine merchant and although there wasn’t a position at Gauntleys at the time, the business was expanding and they invited me in for an interview.
Anyway, at the time we were only doing a few distillery bottlings and some of Gordon & MacPhail’s Independent bottlings, so I took over the job of ordering and decided that if I was going to do it properly I needed to learn about this whisky stuff and badger reps for samples and so on.
At that time the only whisky I had tasted was cheap blended whisky and the occasional single malt at Christmas, so I had a lot to learn! So my passion for whisky started there and has continued ever since.

You have the “The Good Dram Whisky Show” on Youtube and the blog “Whisky according to Gauntleys”. Do you write for other publications as well?
I occasionally write for the magazine produced by the arcade that the shop is in, but mainly my appearances in other publications, like the Whisky Magazine are just for reviews. I am however in the process of writing a book, which has the working title of ‘The True and Honest Guide to the Distilleries of Scotland’, and is a combination of my opinions and tasting notes. Maybe one day I’ll approach a publisher with it!

What’s your typical day like, if there is such a thing?
As we are a small company I pretty much do a bit of everything, from packing up orders, serving customers, doing the company accounts, dealing with growers and trade customers and very occasionally making cups of tea!
I guess the thing is that my job is also my hobby, if you like, so my working day doesn’t finish when I get home, because that is when I have the peace and the time to taste samples, whether they are evaluating samples for a competition or from a supplier that hopes I’m going to stock them.

What do you think of the glut of NAS releases?
This subject, possibly more than any other seems to polarize opinion in not just the whisky industry but customers as well. Both sides of the debate can be pretty passionate and I can understand why the distilleries are starting to do that, and yes, one could be very cynical about their motives for it. However, the powers that be in the SWA, seem to delight in an almost draconian view of what Scotch whisky should be like and at least NAS whiskies allow the distiller/ blender to experiment with creating a new flavor profiles for their whisky within the current rules, and I’m all for experimentation.
At the end of the day, what matters to me is simple. Is the liquid in the bottle any good and is it value for money. I guess these are my two criteria for pretty much any whisky or spirit that I taste, irrespective of whether it has and age statement or not.

What is your opinion on chill-filtration and the adding of e-150 in whisky?
Don’t get me started on caramel! I wrote an article for our magazine on why this substance shouldn’t be in whisky. There is absolutely no need for it. Take Lagavulin 16 year old for example, over use of E150 in it has ruined it, it used to be a superb whiskey and now it’s fat and bitter.
The thing is that, you can get natural caramels from the wood, and sometimes it is hard to determine if that caramel note is natural or not, but one thing is for certain that it definitely flattens the flavours. A classic example is the 2015 Midleton Very Rare, the first post Barry Crockett release. Now I personally though it was over oaked but a certain Mr Murray claimed that it was caramel. Either way I wasn’t particularly impressed with it.
Chill-Filtration is a different case. In an ideal world I’d love to see all whisky bottled at 46% and not chill-filtered, but I know that the average whisky buyer doesn’t want to see bits floating in their whisky. It’s up to people like me which sells the stuff, to educate customers that floaty bits are not a bad thing!

When you taste a whisky for blog or vlog do you have any kind of ritual? How do you go about when tasting?
What like wearing my lucky underpants or something like that! No, but seriously I don’t have a ritual of sorts. To be honest, when you are competition judging and have a lot of samples to taste, then it’s just a case of getting it in the glass and scribble as quickly as possible! When I taste at home, obviously I can take my time and really give the liquid a proper appreciation, whereas with competitions, you are working of gut feeling for the whisky, rather than trying to decipher it.

What is your pick for a desert Island Whisky?
I guess I have a soft spot for Bruichladdich as I spent a week working there in 2003. I was supposed to be trialing their soon to start distillery school, but there didn’t seem to be any sort of structure in place, it was a case of turn up, see what was happening, whether it was masking, distilling, etc and just roll your sleeves up and get stuck in. That’s why I would probably choose the old distillery bottled Bruichladdich 21 year old.

Give us your 3 best malt whisky on a budget and the 3 best when money is not a problem?
Budget:
Glen Moray Classic – Considering that you can find this single malt online for under £23 is amazing value for money.
Aberlour 10 year old – An age statement malt for £30 and not a half bottle either, again this is a real bargin.
Bushmills Black Bush – If you fancy a sub £30 blend, then this is ideal.

Do you have a dream dram that you have not tried yet?
Celtic Heartland Highland Park 1967 (35 year old) 40.1% – It’s currently sat in my collection awaiting the day I retire!

If you would hold a masterclass for us at Whiskytower. Which drams would you choose and why?
No idea. Probably a random, eclectic selection of drams that would entertain and provoke some discussion!

There are some 10 distilleries in Sweden now. Have you tried any whisky from Sweden? If so, what did you think of them?
I’ve only tasted whisky from 3 of them. Mackmyra, Smogen and Box. Like any other country, they have produced good and bad whiskies. I must say that I love what Par is doing at Smogen and I like some of the experiments that Mackmyra are doing, such as the use of kilning barley with juniper wood and the use of ‘unusual’ wine casks to finish whiskey in. Having only tasted 2 whiskies from the Box distillery it’s too early for me to draw any concrete conclusions as to what they are up to.

We at Whiskytower suspect that you are a huge metal fan. So is one half of Whiskytower. What dram do you think suits the following metal songs?
Delirium by Lacuna Coil: Smogen Single Cask 3/2010 (5 year old) 61.3% – Primal and intense, just like the Music.

You Suffer by Napalm Death: Anything by one of the ‘Axis of Evil’ distilleries as tasting them is akin to suffering!

New whisky distilleries are being built all over the world at the moment. Of the so called “new world whiskies” give us the top five you have tried?
1. Paul John – So far I have yet to taste a bad bottling from them.
2. St Georges Distillery, Norfolk – David Fitt the distiller isn’t hamstrung by the SWA and has a completely free reign to experiment, the Farmers grain is the latest example, being made with eight different grains.
3. Smogen – I love you mad Swedes!
4. Langatun – Their whisky might not be to everyone’s taste, but they display a definite sense of place.
5. Puni – This Italian distilleries whisky might be rather young at the moment, but I think it shows real promise and besides, the distillery itself is pretty unique looking.

Do you have any whisky advice for our readers?
Ignore what the ‘so called’ experts say and make your own mind up!

Finally, anything you would like to add?
Just a big thank you for being asked to take part in this and that I hope that all your readers will subscribe to my Youtube channel. 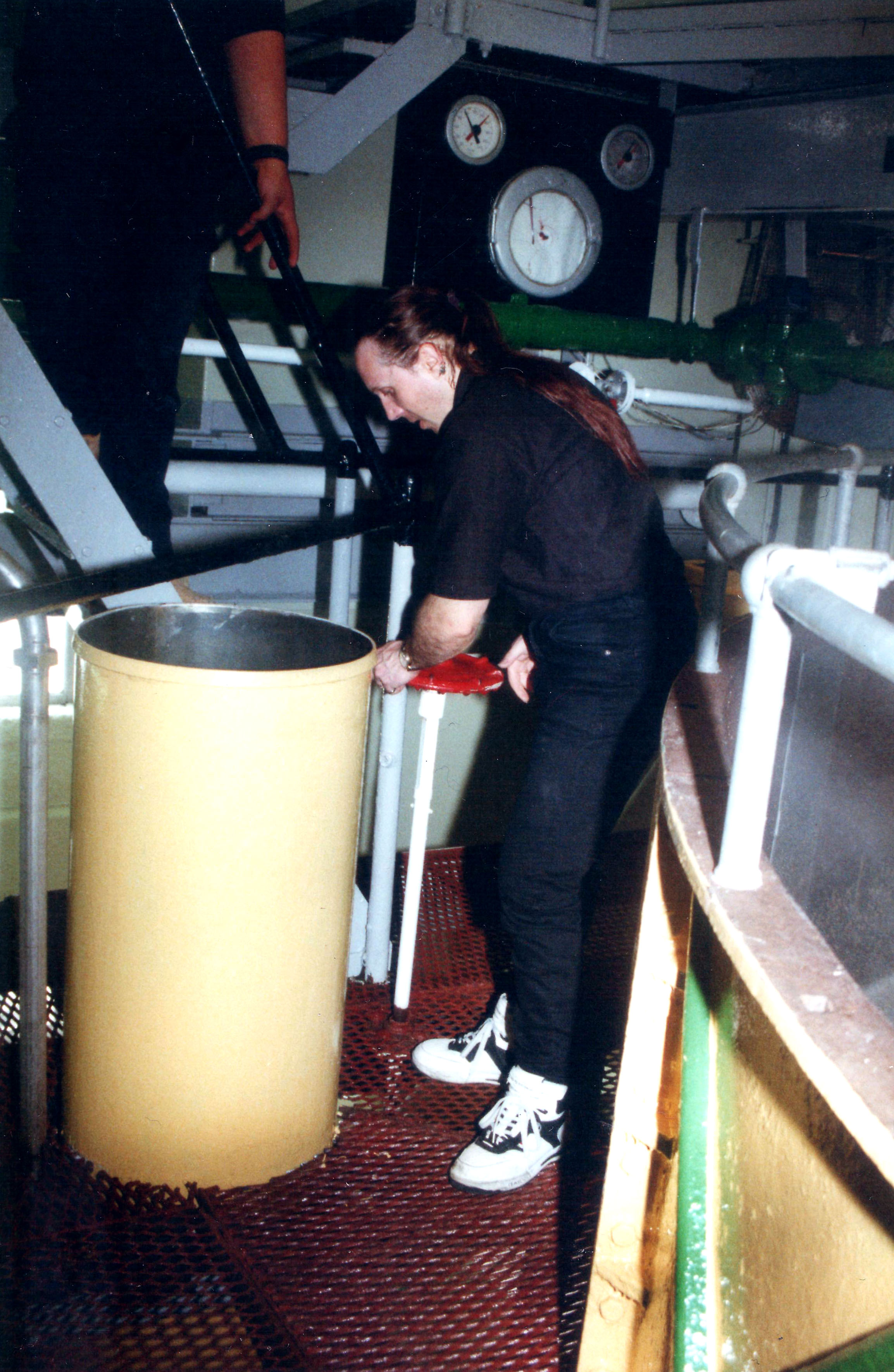