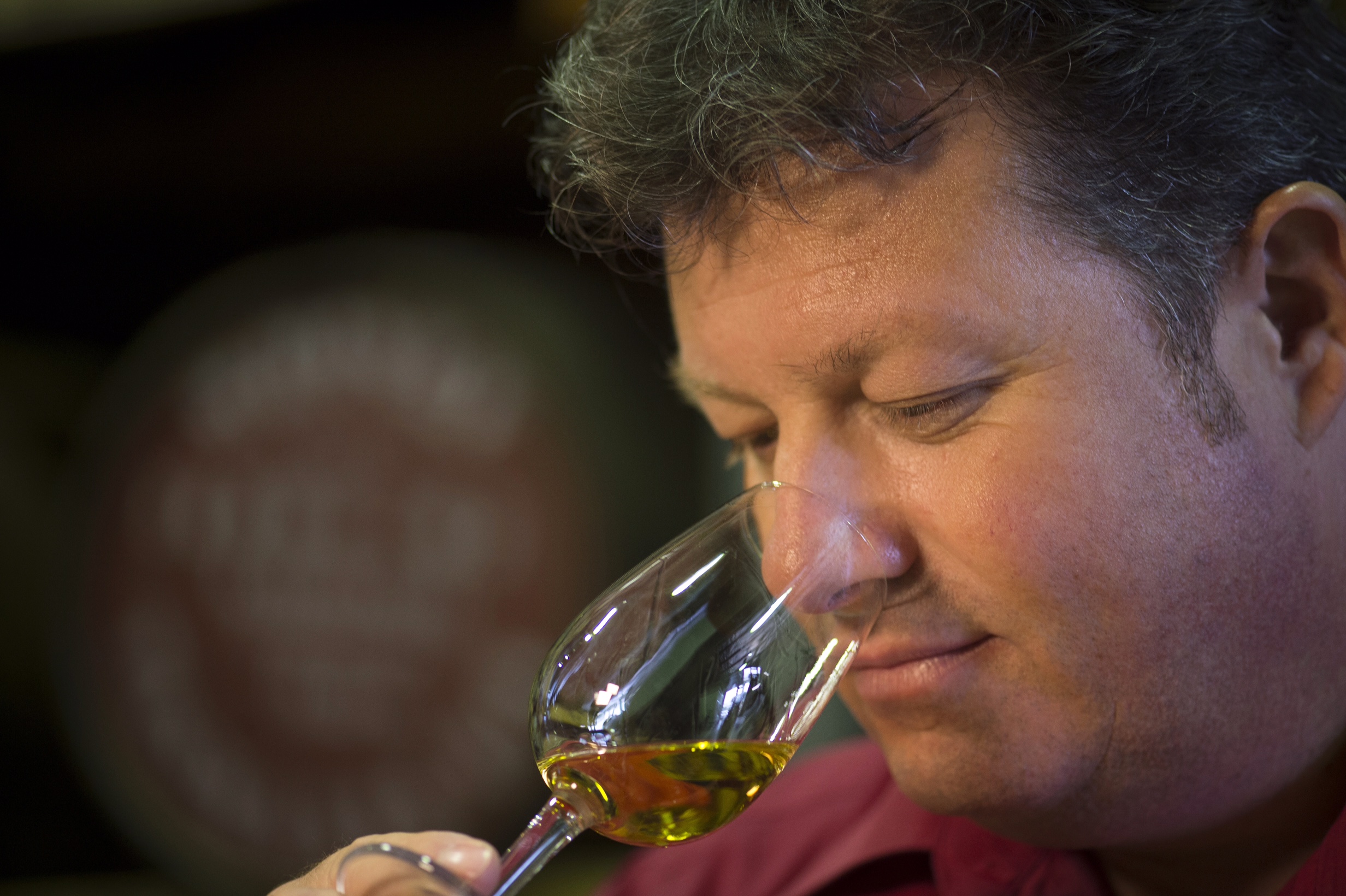 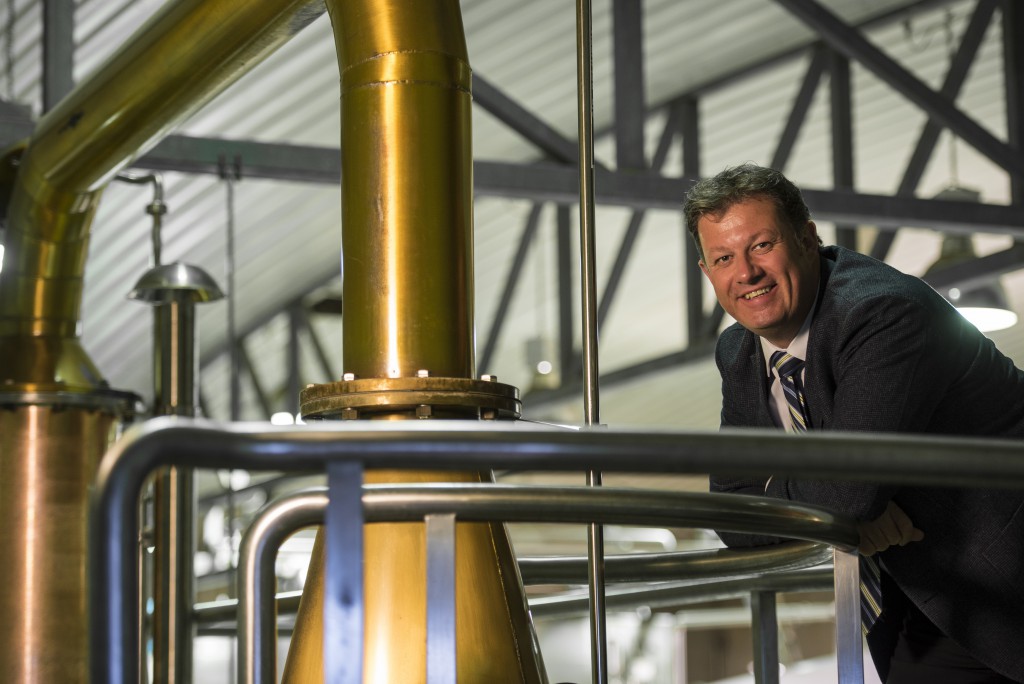 Please introduce yourself for our readers.
Hello, I’m Mark Littler, general manager and master distiller to Australia’s largest boutique distillery, Hellyers Road. My background is in dairy food technology and 10 years ago I was given the opportunity to work with local milk processing company Betta Milk, the parent company of the distillery. This might seem like a strange mix of business ideology to your readers but in fact there are quite strong synergies in milk and whisky production, from a technical aspect.

What moment are you most proud of in your career in whisky?
I think overall my greatest sense of achievement and pride comes from significantly growing the brand on the back of creating beautiful single malt whiskies. If I had to narrow down one accolade bestowed on the distillery it would be the recognition received earlier this year for producing one of the ‘World’s Ten Best Value Whiskies’. This recognition was not an industry award as such but for Hellyers Road it was pure justification of a key business goal we live by; “to over deliver on value”. The Spirits Business publication in the United Kingdom nominated the top ten best value whiskies.

Tell us the history of Hellyers Road Distillery?
The start-up of a single malt distillery in prime dairying country in north western Tasmania was the brainchild of the board of Betta Milk back in 1994 following the deregulation of Australia’s Dairy Industry. Most of the board were second or third generation dairymen so the decision to divest into single malt whisky seemed strange to most. However their foresight was fortuitous and today Hellyers Road Distillery has established itself as one of the world’s emerging whisky producers.

The brand name is borrowed from a local explorer and surveyor, Henry Hellyer who charted much of Tasmania’s North West Coast region in his role as chief surveyor of the Van Diemans Land Company in the early 19th century. In fact, our Bond Store now stands directly above the site of the original road carved out by Hellyer almost 200 years ago. It’s a fascinating story and one visitors to our distillery love to hear.

How many countries do you export your whisky to? Which country is your most important market?
We export to over 20 countries, the large majority of these in Europe. Distribution throughout Europe is managed by our great friends at La Maison du Whisky. They have grown our markets in Europe and introduced the brand to a much wider audience over the last few years.

Outside of Europe our largest catchment is obviously here in Australia where we are the highest-selling locally crafted single malt. Earlier in the year our whiskies were made available in Japan through major department storechain, Takashimaya. This was a great breakthrough for us and a portent for growth as everyone knows how the Japanese revere a good whisky. They make some pretty good ones themselves! 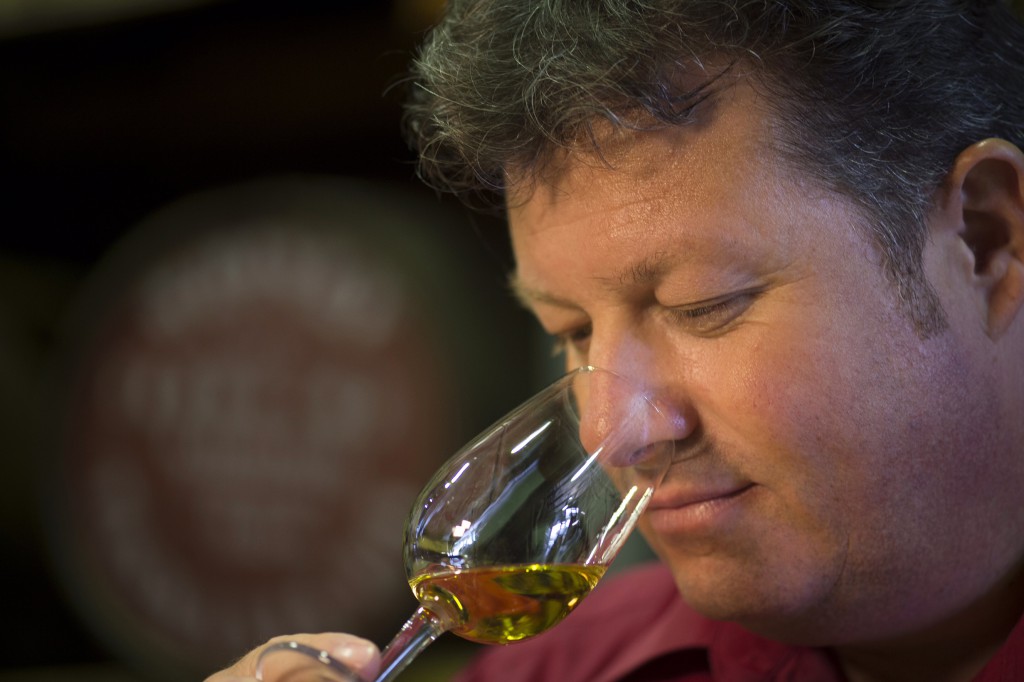 What makes whisky from Hellyers Road special in your opinion?
Our distillery is situated in magnificent pastoral country wedged between the unpredictable waters of Bass Strait (250km of sea that divides Tasmania from mainland Australia), and the beautiful, world renowned Cradle Mountain region. It is stunning country that boasts some of the world’s purest drinking water and freshest air. Combine this location with Tasmania’s acclaimed reputation for its primary produce, including the barley used in our whiskies, and you have a perfect recipe for quality. Our stringent attitude towards quality control throughout the entire distilling process is also paramount in the outcome.

Do you produce any other spirits than whisky?
We also produce cold-grain vodka which is distilled from the same grain used in our whiskies. It is exceptional vodka but plays second fiddle to our single malts when it comes to marketing and distribution. Nonetheless it sells quite well in Australia and at the cellar door. We also distil and contract pack vodka for another Australian brand vodka which is very popular in this country.

Apart from the vodka we produce a lovely whisky cream liqueur which brings together both elements of our overall business – whisky and dairy.

In Sweden we can order four kind of whisky from Hellyers Road (Original Roaring 40s, Original 10 Years, Pinot Noir Finish and Peated). How would you like to present them?
Each varietal has its distinct attributes; Roaring 40 is available only in the European market. It is our Original Single Malt bottled at a lower ABV of 40% to capture Europe’s entry level whisky consumer.

10 Year Original is our first aged-statement whisky, released in 2012. It has a beautiful smoothness that captures all the hallmarks of our core range – lovely fresh citrus tones that manifest in the aftertaste. This is our highest-selling whisky.

Pinot Noir Finish is our most awarded single malt. It is our Original whisky matured in American Oak (ex-bourbon) and finished for six months in French Oak (ex-pinot noir). It carries the same citrus characteristics as the 10 Year Original but with a peppery influence derived from the time spent in the pinot cask. It is a lovely whisky that was judged a Global Whisky Master (Super Premium) in this year’s Global Spirits Masters (U.K.)

Peated is the black sheep of our range, if you like. It is the only single malt in the range that is not crafted using Tasmanian barley. Instead the peated barley for this whisky was sourced from Inverness, Scotland. It has found very strong favour with many traditional Scotch drinkers due to the smoky overtones that resonate and in 2010 it was awarded ‘Australia’s Best Whisky’ by the Malt Whisky Society of Australia.

What can you tell us about the bottling you made for the Swedish Whisky Federation?
We were very excited when invited to provide an exclusive bottling for the SWF! To honour the occasion the bottling was chosen from our very first series of casks tipped in 2002.

The whisky carries the hallmarks of our core range with lovely citrus tones of orange and lemon to the fore. We wanted to send something special to the Swedish Whisky Federation and what could be more special than sending whisky from the first series of casks produced here at Hellyers Road Distillery?

How do you think the costumer in Sweden should drink the bottling for Swedish Whisky Federation, to get the best out of it?
Generally I would recommend it to be consumed neat. That way the flavour profiles and aftertaste can be best appreciated however I would not be adverse to a little water being added. That would not compromise the experience too much.

Malt whisky is very popular in Sweden. How is in Tasmania and Australia? Are the consumers interested in malt whisky?
There is a fast growing awareness and appreciation of single malt whisky in Australia. This has come to the fore in recent years with a much younger demographic wanting to experience top-class spirits, especially whisky. A greater awareness of food and beverage has come from the many food centric reality television programs viewed widely. It seems people are now much more interested in what constitutes the make up of their pantries and drinks cabinet and they are happy to pay a little more for good quality. 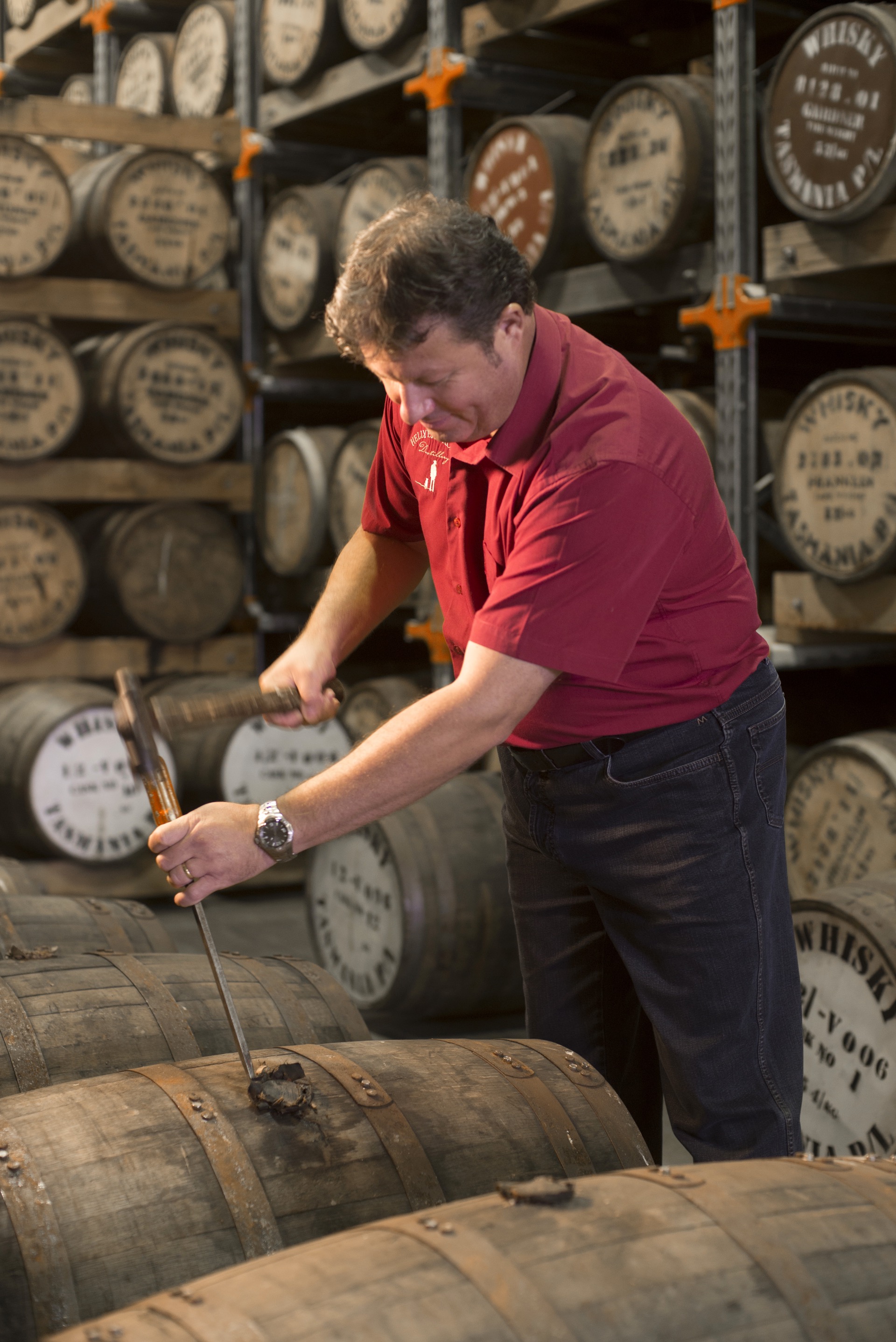 Now there are about 10 distilleries producing malt whisky in Sweden. Have you tried whisky from any of the Swedish distilleries? If yes, please tell us what did you think of it?
I certainly have! Several years ago a colleague and I visited your beautiful country to promote the Hellyers Road brand to a range of industry contacts supplied by La Maison du Whisky. It was during this visit that I tasted several Swedish whiskies including Mackmyra which is now available here in Australia. A very nice drop!

If you had to choose another distillery to work at for one month. What distillery would you choose?
I have visited several of the traditional Scottish distilleries and I would have to say any of the ones located around Inverness or the Isle of Islay would provide a fascinating month’s tenure. If I had to narrow it right down maybe a month at Lagavulin or Ardberg would be fascinating. Perhaps these choices are influenced by a liking for peated whisky!

Finally, would you like to give any whisky advice to our readers?
Appreciate good quality whisky. We all have different tastes but generally true whisky buffs will recognise a well-crafted spirit. I would encourage your readers to try some of the wonderful new-world whiskies that are emerging from India, Taiwan and of course Tasmania- if they haven’t already done so. There are some stunning spirits being produced in these countries, just like there is in Sweden. It’s a very exciting period in the World of Whisky – there’s so much choice!

Anything you would like to add?
Make sure your readers come and visit us in Tasmania. It’s one of the most beautiful temperate zones in the world, and the whisky here is fantastic. If you do venture ‘down-under’ visit us at Hellyers Road Distillery. We have a superb Visitor Centre and café with daily tours of the distillery available, plus a tasting counter and gift shop. Take a look at our website for further information. (www.hellyersroaddistillery.com.au)