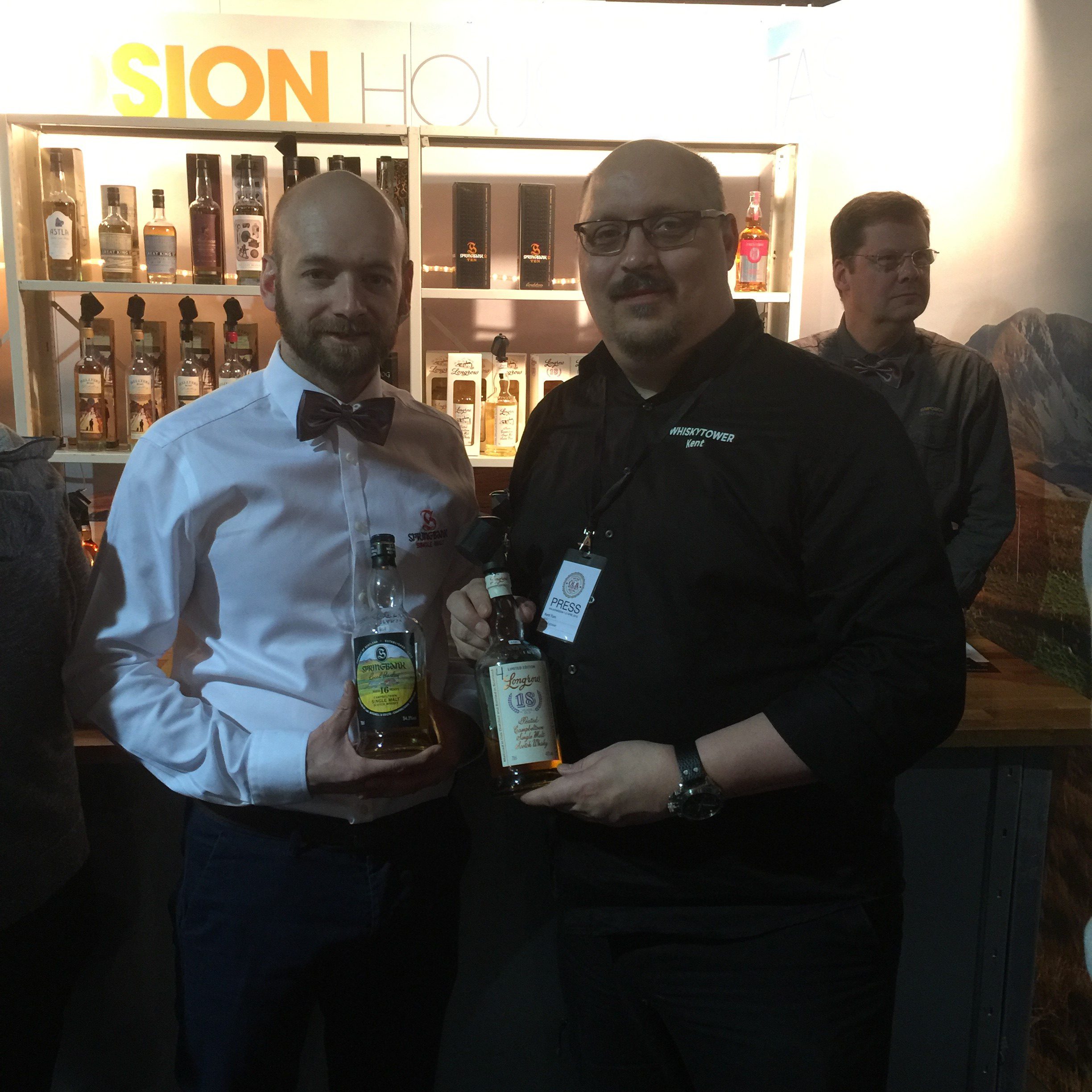 Who are David Allen?
I am a Regional Sales Manager at Springbank Distillery and employed since august 2013. As a Regional Sales Manager I look after certain regions. Right now I look after the markets in Sweden, Norway and Scandinavia along with Holland, Asia and New Zealand. But as an employed at Springbank I also have to do my share of daily work, as like working in the malt barns and so on.

What can you tell us about the private David?
I’m married and we have an 2,5 year old daughter named Jessica. We live in Campbeltown in a house. It was a big commitment to move to Campbeltown from Glasgow, to this remote and isolated city. But now I enjoying living there and I have my fantastic family with me. Now I have the advantage of living 5 minutes from my office at Springbank. Right now I’m learning to surf outside Campbeltown, or trying anyway…

Rangers or Celtic?
When I was younger I followed football and Rangers was my team, but now I don’t follow it so much anymore. I’m too busy and my wife wouldn’t let me see football anyway.

Was it always a plan for you to be in the whisky industry?
Not really. It’s kind a funny story how I come turned up in the whisky industry. I worked in commercial properties in Glasgow with valuation of shops for the banks. It was very long days and the traffic in Glasgow forced me to leave early and come home late. And when my wife and I got married, we went on honeymoon to Thailand. When I was sitting there on the beach I was thinking to myself: “There’s got to be more to life than this”. We discussed it and we said to each other: “Let’s do something about it, and try to look for something else”. We get back to Glasgow, and a couple of month later when I was reading a newspaper, I saw this job ad about working in the whisky industry and travelling, and I just said: “Wow, this is exactly the thing I would love to do; whisky, travelling and meeting people!”. Although I didn’t had the whisky experience I decided to apply for the job, and they turned out finding me interesting enough to call me for an interview.  And it immediately clicked, so I got the job!

What was your experience about whisky before Springbank?
To be honest to you – It was pretty limited! I was just a whisky drinker with a casual interest in whisky. I was honest to Springbank about it, but they said it wasn’t a problem. They said that I would learn. So I started to work at the distillery with the production and it was like go the academy, so I get the basics and learned as I went on.

How is a typical day for you at work?
My day starts with picking up emails coming from Asia, because they are hours ahead. Quite often we have some tasting notes to do in the morning or we talking about a new release or something. I also look after the allocations. We have a problem at Springbank where we don’t have enough whisky to meet the demand, so we have to allocate the whisky. Even the 10 years have to be rationed. We try to be as fair as possible. A lot of my time also goes to plan my travels. I have pick up my own flights and hotels.

How many days do you travel a year?
Last year I was away about a week every month.

Do you sometime bring your wife on your trips?
That’s her only complaint. She think that I should bring her on some of the trips. But the last trip I took her on, was when I flew to Australia, because we both have family there. But 9 month later my daughter was born… so I said: “No, you not coming along anymore”.

After 3,5 year in the whisky industry, is there any moment you are especially proud of?
Personally, I say when I tracked down the Pinot Noir casks in New Zealand. My contribution was not large, but I am proud to have contributed to finding just those casks. That’s the highlight so far!

When we visit Springbank two years ago, the production was down. Why doesn’t Springbank use the full capacity?
Sometime it look that we don’t do production, but some days we just do the malting and other days we do the production. We don’t run the two side by side. If we should do it side by side, we have to employ more people, buy more barley, and so on. It would be a big investment that we wouldn’t see the return for in 10+ years. Springbank is happy to produce enough whisky to make profit and to ensure that the distillery survive and ensure jobs for employees. Springbank is a major employer in Campbeltown and important to the society. Right now we have 70 employees.

Springbank is family owned. What will happen when the owner passes over?
Then I suppose that his niece will be the new owner and the family member in the board. We have a system that says that a sale of the distillery can’t go through without the employees vote for that sale to go ahead. And furthermore Springbank doesn’t own a lot of stock. A lot of the casks are owned by the employees as a kind of pension. So I don’t think that a sale of the distillery will go through.

Beside Springbank, which is your favourite whisky?
Highland Park has always been a favourite, as long with Talisker.

What is your opinion about Swedish whisky?
The one that made the biggest impression on me is Box Distillery. I’m very impressed with Roger Melander and his attention to details. Moreover, it is perfect for Sweden with such excellent whisky when you are so interested.

Finally: Do you have any whisky advice for our readers?
Enjoy the whisky! Don’t take it too seriously. Just enjoy what you have in the glass. Sit down and enjoy it in your own way.